Despite Harvey, Donor Perseveres to Save Child’s Life 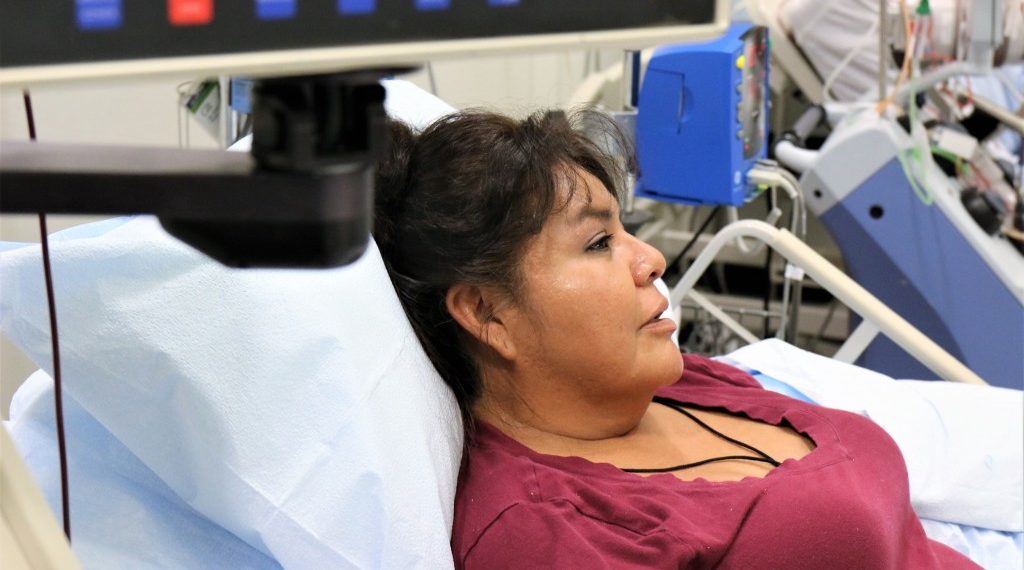 When Melissa Hernandez learned a child with leukemia urgently needed her stem cell donation, she immediately booked a flight to Houston, Texas—home to the closest hospital that could perform the procedure.

There was just one problem: Hurricane Harvey was ravaging the Texas coast. As water poured into Houston, it became clear Melissa’s donation wasn’t going to happen. At least, not there.

Melissa initially joined the National Marrow Donor registry to help her mother. But to her surprise, she wasn’t a match (in fact, most patients who need marrow transplants do not have a familial match). When her friend’s son needed bone marrow, she again wasn’t a fit. “I just kind of left it at that,” she recalled.

She all but forgot about being a registered marrow donor until she received an email earlier this year. It was an alert from Be The Match, asking her to donate for an anonymous young child undergoing cancer treatment.

Melissa flew to Houston for the first time to undergo a bone marrow collection under anesthesia from the back of her pelvic bone. “I figured since I’ve had four kids naturally, it wasn’t going to hurt,” she said. “Bone marrow donation is not something you recover from immediately, but I’d do it again.”

Her willingness to help was tested again last week, when she received a request to help the same child by donating peripheral blood stem cells to jumpstart bone marrow production. “I got an email saying the child was in the hospital, relapsed, and needed my help right away,” she said.

The only thing in her way? An unprecedented tropical storm.

When natural disasters like Hurricane Harvey strike, local hospitals rely on organizations like Bloodworks to meet the demand for blood components. What many people don’t realize is the shipments aren’t just for trauma patients. Many of the Northwest-donated pints help fill the gap left when donors in the disaster area can’t reach their nearest donation center or mobile drive.

And when precious resources like stem cells can’t be flown out, sometimes donors are flown in.

On Monday, Bloodworks—a partner with Be The Match program as a stem cell donation center, received a call to see if they could help Melissa complete her donation. Peripheral blood stem cells are donated through a process called apheresis: a machine draws blood from one arm, extracts the cells it needs, and returns the remaining blood components back to the donor—much like donating plasma or platelets.

Bloodworks’ apheresis staff responded with an emphatic “Yes!” In a heroic effort, the team completed what is usually three weeks of paperwork in just one day, clearing the runway for Melissa’s donation.

Melissa completed her donation at Bloodworks yesterday morning. It packaged and shipped on a red-eye flight last night. And today, it was received by the hospital treating the child in need.

When Melissa’s children asked her why she goes to such great lengths to help someone she doesn’t know, her answer was simple and heartfelt.

“I said, ‘If you were sick like that, I would appreciate anyone who would do the same thing for you.’”

Despite tragedies like Hurricane Harvey, Melissa says donors—and opportunities to donate—give her hope.

“Just like down in Houston, how everyone’s helping each other,” she said. “I like to think of it as, humanity’s not lost. In spite of everything that’s going on in this world right now, if more people realized we could help each other just be human, it would make the world a better place.”

Reading Hurricane Harvey headlines, but not sure how to help? Bloodworks sent emergency blood shipments to Houston and Dallas. Help us restore our inventory and prepare to support communities in need: register to give blood today.