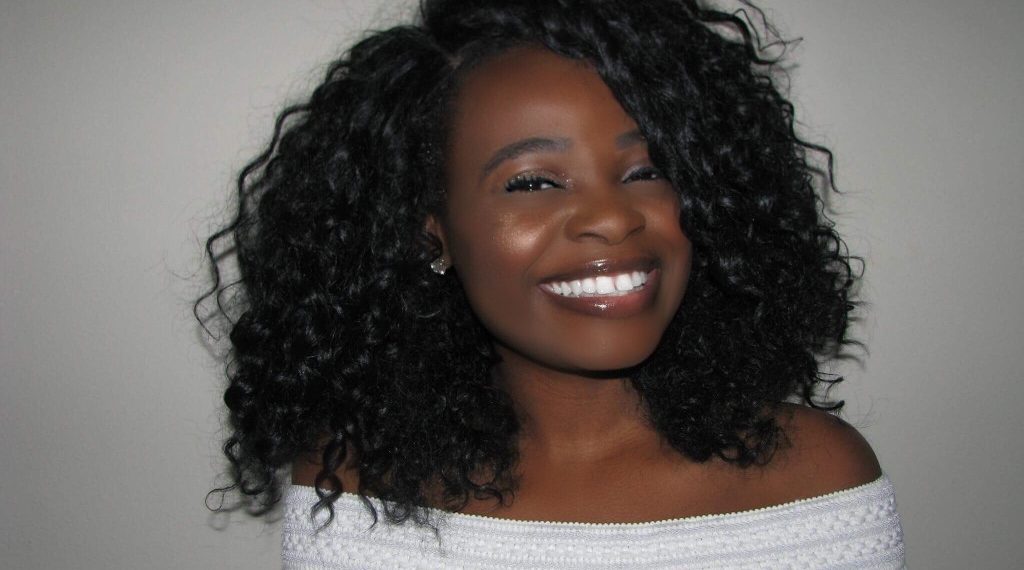 Most college students’ biggest worry is their upcoming test or weekend plans. For Washington State University student Laelah Ndifon, it’s how quickly she can get to the nearest hospital.

Laelah has sickle cell disease, an inherited disorder that makes her red blood cells shaped like stiff crescents instead of flexible discs. These pointed cells can snag on blood vessel walls, preventing oxygen from reaching her tissues. As a result, Laelah often experiences intense pain, called a “pain crisis,” that can be life-threatening. Blood transfusions from local donors give Laelah renewed strength and energy by increasing the number of disc-shaped cells in her bloodstream.

Keep reading to learn about how Laelah copes with pain crises, a common sickle cell misconception, and the one thing she wants blood donors to know.

On coping with sickle cell pain crises: Most of my pain crises feel like I’m being stabbed repeatedly by knives and can last for hours, days, and even weeks. The way I take my mind off of my pain is usually by pacing back and forth around the room which sounds weird, but it really calms my mental state through the pain. When it comes to dealing with other people during my pain episodes, I may come off as rude. Not because I want to, but I’m trying to keep my composure and mental state at ease. When I’m being asked a bunch of questions and people are trying to keep a conversation with me, I easily become irritated because the pain causes me to stutter which becomes frustrating. So, I really enjoy isolating myself and dealing with my pain on my own.

On misconceptions: A common misconception a lot of people have about sickle cell is that it is contagious. Growing up, a lot of people always asked if I was contagious or were scared to share food with me because they were afraid they would get sickle cell, which is not true at all. That’s what I want to stress the most to people who are ignorant about the illness. The only way someone can have sickle cell is through birth and even then, your parents have traits of sickle cell and in some cases, one parent has the trait and the other does not.

On day-to-day challenges: Sickle has impacted my life in so many ways. When I was in high school, I became very fit and became very serious about my physical health. I was working out aggressively one day, and the workout was so strenuous that it put me in the hospital due to a serious pain crisis. From that day moving forward, I had to slow down and rest when needed. I have also had pain crisis in areas of my body that I didn’t know could even have pain crisis. I had my wisdom teeth removed and had sickle cell pain in my mouth for a month and the pain almost matched the severity of my main crisis area: my legs.

On managing sickle cell in college: Being in college and having sickle cell has impacted my life tremendously. Washington State University is 5 hours away from Seattle, where all my healthcare providers are. So when I am having a pain crisis, I have to go to the nearest hospital that treats sickle cell which is an hour away. Receiving instant medical attention is definitely a huge problem I’ve faced. While in college, I have also developed a severe case of iron deficiency which has affected my performance in my classes. I recently just began having iron infusions that have given me a lot of energy to be academically successful which I am very excited about.

On blogging as an outlet for inspiration: I love helping people and creating an impact in people’s lives, so I decided to create a blog called The Fluer. I try to make it as relatable as possible. I talk about issues pertaining to anxiety, depression, positivity and how to get through it. In many ways my blog has helped me through so much and I have received feedback from people who go through mental illnesses/sickle cell who have found my blog resourceful to them. I hope to be able to help my sickle cell community in the future by opening a non-profit organization and a mentoring program for sickle cell youth. I think my blog is baby steps to my goals for my sickle cell community.

On the power of blood transfusions: My sickle cell has reached its worst state when I was in high school and had two strokes and a seizure. I was immediately rushed to the hospital where I was given a blood transfusion for the first time. Without that blood transfusion, I don’t think I would be living the wonderful life I am living today. I also didn’t really pay attention to how important donating blood is. With every blood donation, donors are saving so many lives and aren’t given as much credit as they should.

On what she’d say to blood donors: Thank you to each and every blood donor who takes it upon themselves to help others. Your contribution not only is saving lives, but making a huge impact in the world. You’re needed, appreciated, and such a huge part of many people’s lives. Thank you for saving my life!