Blood is a lifesaving resource for patients with anemia, going through chemotherapy, or after an accident or trauma. Foods made from blood can also offer a nutritional boost for people suffering from low iron.

However, blood isn’t a great stand-alone food source, especially if it’s all that you eat (err, drink).

While blood is high in iron and protein, it doesn’t contain enough fat or carbohydrates to sustain most mammals. Perhaps this low-cal, low-carb diet explains why vampires in pop culture are typically depicted as thin and fit? (Though likely it’s just Hollywood’s standards for beauty.)

Rather than gaining genes to adapt, vampire bats have shed some.

Scientists recently discovered that 13 genes are missing or defective in vampire bats compared to other bat species. Without these genes, vampire bats secrete less insulin and better excrete iron to help them adapt to their low-sugar, high-iron diet. As seen in human patients who receive frequent or large-volume blood transfusions, iron would quickly built up to toxic levels if the bats couldn’t rapidly rid it from their systems.

Vampire bats are also better equipped to stomach their bloody meals, literally and figuratively: one of the missing genes reduces taste receptors (blood = yuck, even for bats), while another allows their stomach to expand like a balloon to hold up to 1.4x their weight in liquid to maximize calorie consumption.

While your cat or dog thinks he or she is starving to death if they miss a meal, bats literally are. Because blood is so low in calories, vampire bats will die if they go without feeding for more than a few nights in a row.

So, these creatures have developed a blood banking system of their own: if one bat is running low on blood, another will regurgitate some of their latest meal to their friend in need.

This sort of altruistic behavior among unrelated adults is rare in the animal kingdom. Female vampire bats may even invite others to join in dining once they’ve found suitable prey; males are more territorial and don’t make friends easily.

As it turns out, another of those 13 missing genes gives vampire bats the extra brainpower to form social connections.

However, given the life-or-death stakes of each meal, bats don’t typically share their precious blood with any random bat in the colony. A paper released in 2020 found that bats build trust with their peers over time, starting with grooming and leading up to food sharing.

They vant to suck your blood — but prefer cows

Don’t worry: while vampire bats will feast on humans if needed, they prefer to dine on sleeping livestock, birds, or other animals native to the areas of Central and South America that they call home.

They’re not the big, scary monsters pictured on TV: to land on a slumbering animal and sip blood unnoticed, vampire bats need to be relatively discrete, weighing in at just an ounce or two. You probably wouldn’t even know if you were a bat’s dinner!

Vampire bats use echolocation and heat sensors in their nose to find their prey under the cover of darkness. They then make a small incision in their target’s skin with very sharp teeth and lap up the resulting blood, which stays flowing due to an anticoagulant enzyme in their saliva, for up to 30 minutes.

This enzyme, desmoteplase, has been investigated as a treatment for stroke patients, and some researchers believe that it could potentially treat hypertension, kidney failure, and other diseases.

The vampire bat’s kiss may even one day save lives (though please see a doctor immediately if you are bitten).

How long would it take a bat to collect a unit of blood?

According to our friends at Stanford Blood Center,

Following these calculations, one very hungry bat could draw a pint of human blood in 7.5 hours.

Comparatively, a typical blood donation is just one hour from registration to juice and cookies. Wouldn’t you rather donate with us?

A bat will not turn you into a vampire, though their bites can still be deadly. Bats are the main carriers for rabies in Washington and Oregon, with 3-10% of bats submitted for testing in the Pacific Northwest positive for this deadly virus. If you are bitten by a bat (or so much as find a bat in your living space), contact your doctor and local health department immediately You won’t need garlic or a stake, but you may need a rabies shot. A blood transfusion can help treat many conditions but can’t help with rabies! 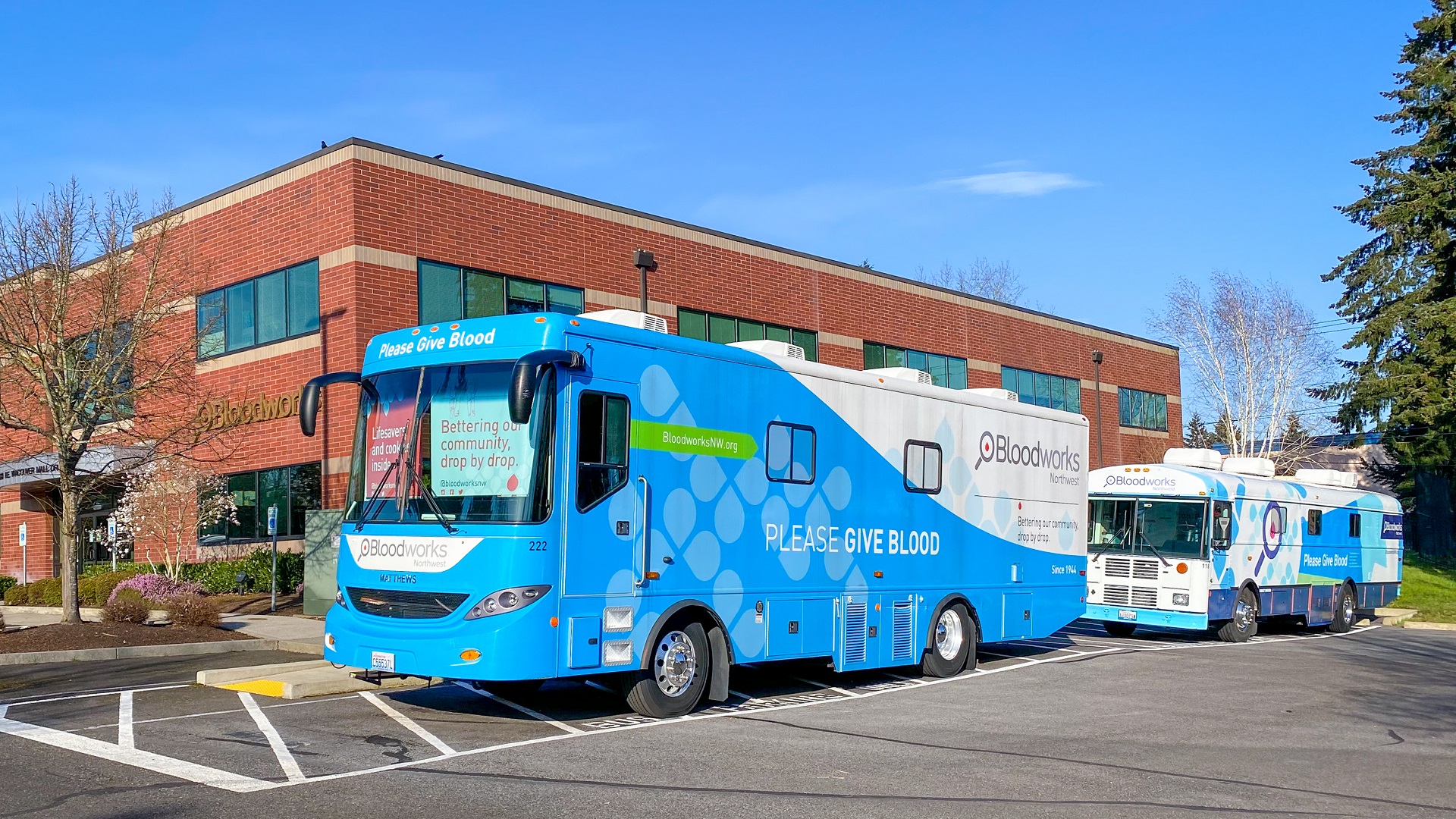