The Key to This Friendship: 100 Blood Donations & Counting 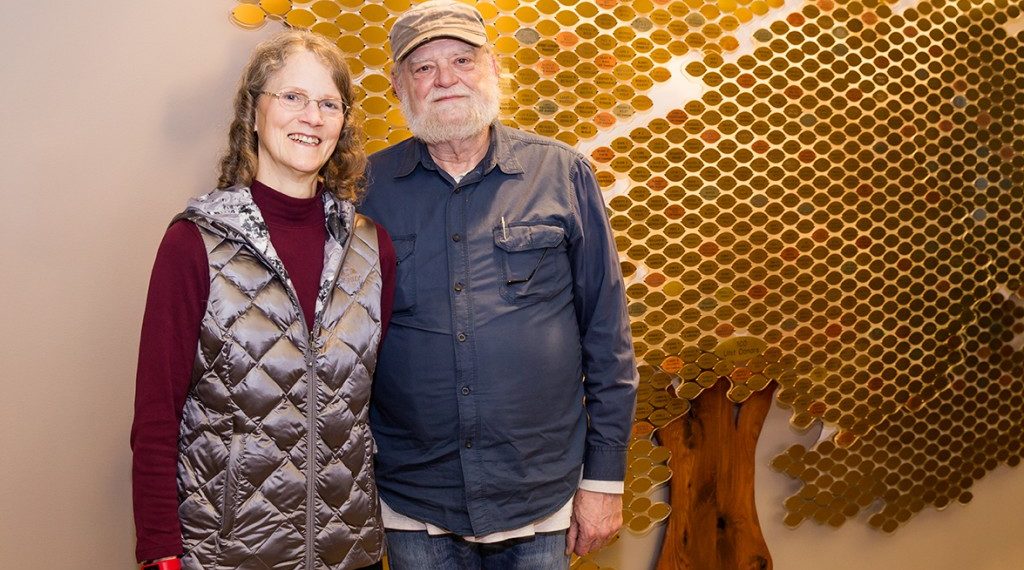 What makes donating blood even easier? Having someone with you every step of the way.

Edie and Richard are longtime friends with something special in common: they have both donated 100 units of blood with Bloodworks Northwest.

The secret to their dedication? Each other!

Edie and Richard met at work and discovered they both liked to donate blood around lunchtime. When their jobs eventually took separate paths, they continued their dine-and-donate tradition.

Edie started donating as a college student in the early 70s, while Richard became familiar with blood drives during his time in the military. Today, they count Bloodworks Northwest staff and volunteers as old friends.

According to Edie and Richard, the key to consistent donation is a great support system—and some healthy competition, too.

“I think you can be a lot more consistent if you have someone that’s depending on you to be there,” Edie said. Richard added— “especially if she’s two pints ahead of you.”

When asked why they keep donating blood, Edie and Richard reflected on every individual’s lifesaving potential.

“It makes a big difference in somebody’s life,” Edie said. “Here you can donate something that isn’t money and you just grow it back. It’s no harm, no foul—a real nice kind of a deal.”

“It’s a fairly painless way of being a good citizen,” Richard said. “And you get free cranberry juice.”

Commemorating their 100-unit milestone, Edie and Richard added two golden leaves to the Tree of Life display at the Bloodworks Central Seattle Donor Center. With this honor, they join an elite group of donors uniquely driven to help people in their community.

What’s next for Edie and Richard? The two friends vow to continue donating—after all, it’s not every day you can save a life on lunch break.