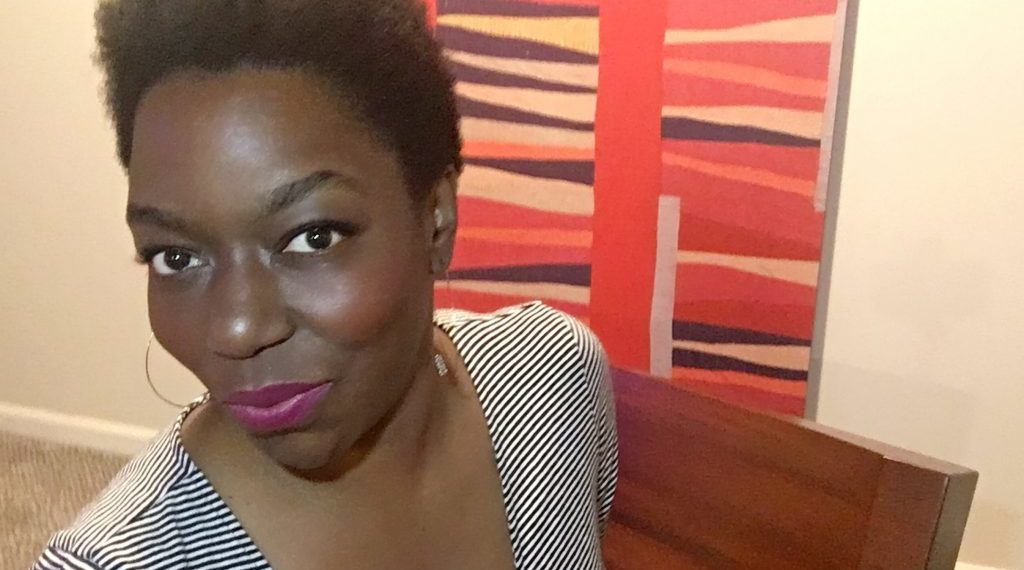 Shona is no stranger to cancer. Her husband was treated for a stomach tumor in 2012. And in 2005, her friend passed away from Acute Myeloid Leukemia, a type of cancer that starts in bone marrow’s blood-forming myeloid cells.

At the time of her friend’s diagnosis, Shona was working as a philanthropy executive in the Bay Area, advocating equal access to education and healthcare, among other causes. Leading a fundraiser for her friend through the Leukemia and Lymphoma Society was a natural extension of her skills. But looking back, Shona is surprised about the one thing she missed.

“Through the whole process, going to gatherings, there was never an emphasis on how people of color have a harder time finding a bone marrow match,” she said. In fact, according to the Be the Match National Donor Marrow Program, “rich heritage, complex tissue types and a smaller pool of potential donors” make it harder for thousands of black and African American patients with life-threatening blood diseases to find a match.

“Rich heritage, complex tissue types and smaller pool of donors make it harder for thousands of black and African American patients to find a match.”

As an African American woman, Shona would become increasingly aware of these odds following her own eerily familiar diagnosis.

She’d been tired, but this was different. Sluggish with fatigue, Shona thought “I need to work out more.” But in fall 2017, one gym membership and a personal training session later, she felt worse than before. “The symptoms started feeling like heavy pressure on my heart,” she recalled. “I couldn’t walk up a flight of stairs. Eventually there was some numbness in my fingertips which made me think I was having a heart attack.”

“There was some numbness in my fingertips which made me think I was having a heart attack.”

A blood test at her local hospital revealed two possibilities—one more terrifying than the other: “They told me it was probably anemia, but it could be leukemia.” The hospital staff administered an energy-infusing blood transfusion (“I felt like I could run laps again,” she recalled) and told her to stay the night. The next morning, her diagnosis was confirmed: Acute Myeloid Leukemia, or AML. By December 2017, AML cells had infiltrated Shona’s bone marrow and chemotherapy was imperative.

Through two rounds of chemotherapy, Shona was sustained by 33 units of blood from Bloodworks donors. “After treatment, your blood levels get really low so you’re getting blood transfusions almost every other day,” she noted. Today, she continues to receive monthly blood and platelet transfusions in outpatient care as she waits for the next step in her treatment—a bone marrow transplant through Be the Match.

Shona is uncertain about the future in part because there aren’t enough diverse donors to ensure a perfect bone marrow match—an issue facing diverse patients in the Pacific Northwest and across the country. “There’s less awareness among people of color to think about donating bone marrow,” she explained. A lack of diverse blood donors also affects minority patients like Shona who rely on a steady stream of compatible blood transfusions. For people of color who receive multiple transfusions, the more perfectly matched the blood is to their own blood, the better the medical outcome can be.

“If you’re healthy and you want to make a difference, this takes no money–it just takes willingness to give of your time.”

For now, Shona plans to move ahead with a “half match” obtained through a cord blood or stem cell donation. “It’s thought to have a good chance of success, but to be less effective than an exact bone marrow match,” she said. On a given day, she vacillates between fear and hope. But true to her philanthropic roots, she’s determined to use this experience to encourage more people, especially communities of color, to become involved and be a blood and bone marrow donor. “Get more information,” she said, speaking to potential donors. “If you’re a healthy individual and you want to make a difference, this takes no money–it just takes willingness to give of your time.”

You can help diverse patients like Shona access the care they need. Give blood at a Bloodworks Donor Center near you, add your name to the National Marrow Registry, and let your friends, colleagues and family know about the need for more diverse donors.