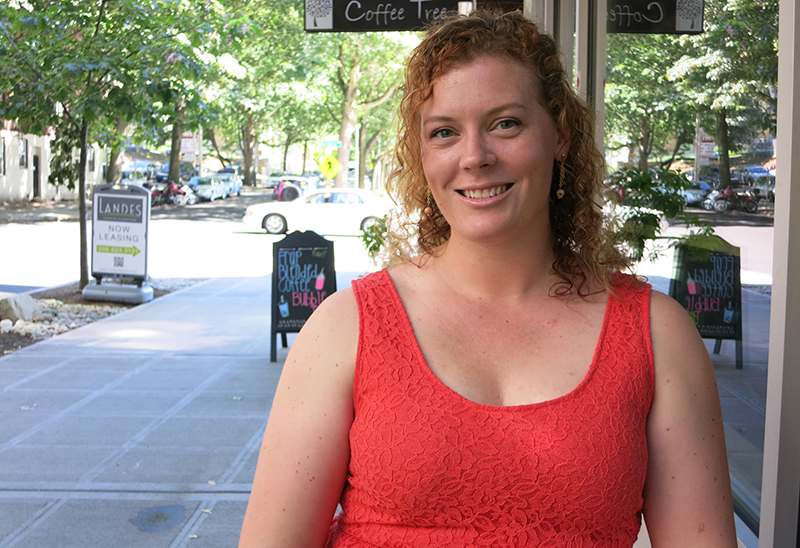 Not many people experience both sides of the bone marrow registry: having the life of the loved one saved by an anonymous donor only to repay the favor by donating to a stranger.

Sara Rose Hansen’s father, Dan, had a lump removed from behind his ear in 2006. The growth turned out to be benign, but surgeons discovered cancerous lymph cells in the process — “a one-hour surgery ended up being six-hour surgery,” he says.

They also found a tumor in his abdomen and put him through radiation and chemotherapy. The treatment shrunk the tumor, and Dan was cancer-free for six years.

“And then it came back – a mass was growing around my heart. It was big. My whole left side chest cavity was full of lymphatic fluid. I couldn’t even climb the stairs.”

Chemo again took care of the growth, but destroyed Dan’s bone marrow in the process — his doctors at Seattle Cancer Care Alliance told him that he would need a bone marrow transplant to survive.

Dan’s body was too weak for an autologous transplant, so Sara, her brother, and Dan’s 9 siblings were all tested to see whether they might be a match for him, since HLA markers are genetic.

The closest out of the entire group was just a 5/10 match — 70% of all patients who need a transplant don’t have a matched donor in their family. Sara says,

I remember thinking, ‘hope could be lost.’

Fortunately, a 26-year-old man in Germany matched Dan 10/10; Dan was able to receive the lifesaving transplant he needed in 2012.

Because Sara, a longtime blood donor who also donated her son’s cord blood, wasn’t a match for her father, she joined the registry to see if she might be a match for someone else.

I’ve always hoped I would get the call.

And then I did.

Less than two years later, Sara received a call from Bloodworks Northwest’s Bone Marrow team that she might be a match for a 48-year-old patient with leukemia as she was pulling into her dad’s driveway to grab brunch on her day off.

When I got out of the car and finished the phone call, I was kinda shocked still and I told him I had gotten the call from the registry. We both started to cry and had a big hug. And he said, ‘that’s really powerful and I hope it works out for him and for you.’

Dan cautioned her not to be too “stoked,” because it would take another couple of months to find out if she was really a match — “He’s always my voice of reason about everything.” In this time, she thought about the patient and how similar his circumstances were to her dad’s:

Does this man have a daughter my age who wasn’t a good match? There could be somebody in my exact situation who’s waiting for good news.

Then it happened: she was selected to donate for this patient.

It was just too divine! It’s the ultimate paying forward.

Dan’s life is finally returning to normal, and he plans to retire in the next few years. His fight against cancer made him realize that, “I want to do what I want to do. It’s time to coast.” If his donor consents, Sara and Dan plan on visiting him in Germany.

Sara hopes that his success will rub off on the recipient of her cells.

I’m just so happy to be involved with someone else’s journey. I’m hoping that the momentum behind our story is going to somehow give those cells extra positivity and good vibes, and I’m hoping that [my dad’s] success story is somehow going to fuel this person to do well in this process.

Dan wouldn’t be here without the selflessness of another person, and encourages everyone who is eligible to join the registry.

If they could just imagine how life giving it is, and how it changes people’s lives. It’s an extension of life. The process is not that horrible — if people knew it wasn’t super scary, they would probably do it.

And I would also tell them, because people bristle at the thought of donating bone marrow because there’s still this stigma of hip core, and ‘I’m going to lose time at work,’ and ‘I might get sick,’ and people don’t realize that 80% of the time it’s just a week of injections and a blood draw. If more people knew that, more people would join.