The Bloodworks Research Institute is an internationally renowned leader in blood and transfusion medicine research.

Much of this lifesaving work was made possible by N. Stewart (Stew) Rogers, who passed away in January at age 91.

“One of the distinct pleasures of leading Bloodworks Northwest was getting to know Stew Rogers,” said Bloodworks emeritus CEO Dr. Jim AuBuchon. “He was already one of our strongest benefactors through the development work of Drs. Rich Counts and José López. He was excited by the potential of our thrombosis research and clearly understood the multifaceted impact we had on the community – so much so that he became our largest benefactor.”

“As a man of vision and community dedication, he sought to give back to others something unique, something only Bloodworks could give.”

Born in Seattle in 1930 to Nat and Marian Rogers as the youngest of three siblings, Stew was a profoundly local man, dedicated to the place he called home.

Stew graduated from Garfield High School in Seattle in 1947 and attended Stanford University, where he studied economics and met his first wife, Jane.

However mathematical his brain, Stew’s heart lay in his community and environment. Stew and Jane raised three children in the Pacific Northwest and enjoyed boating, golf, and other outdoor activities until Jane passed from cancer in 1989.

It was Jane’s fight with cancer that inspired Stew’s commitment to research within Bloodworks. Stew considered this a continuation of a long-term relationship, as Nat had been a supporter of Bloodworks from our founding in 1946.

Stew met his second wife, Carol, through mutual friends, and the two were staples at Bloodworks events and fundraisers. She served as a kind, gentle companion and partner in philanthropy.

Stew retired from Univar Solutions in 1991 but kept one foot in the business world. He served on the Bloodworks board in 2001, a pivotal year for the country and blood centers across the nation as grieving citizens lined up to help in the wake of the September 11 attacks.

“He was full of ideas. He had been a powerhouse of business in his career and a strong leader, so he wasn’t shy about making suggestions or observations,” recalls Bloodworks Board Secretary Maxine Sellers. “He was just so mentally active, smart, experienced, and very much engaged.”

Stew developed a close professional and personal relationship with former Bloodworks CEO Dr. Jim AuBuchon, bonded by their shared love of sailing. The two corresponded regularly about the goals and direction of the organization – Stew often via handwritten letters.

Dr. AuBuchon reflected on this connection:

“He was always on the lookout for new opportunities for us to be of service, and I delighted in receiving his handwritten letters, usually with a newspaper clipping, identifying new research or service ideas.”

Stew and his family contributed to our lifesaving work without fanfare: he gave generously but often preferred his contributions to be listed as anonymous. He did accept the Dr. S. Maimon Samuels Founders’ Award in 2007, celebrating Bloodworks ideal of service, research, and education – characteristics Stew embodied to the fullest.

Prior to beginning his tenure, Bloodworks CEO Curt Bailey met Stew at the Bloodworks Ball. “I enjoyed meeting Stew and Carol as one of my earliest acquaintances at Bloodworks. His passion for our mission was immediately evident.”

Even in death, Stew continues giving back to Bloodworks’ lifesaving research: in lieu of flowers, his family has requested donations towards the causes that Stew cared about the most. Bloodworks is honored to be included in this tribute to his life.

Dr. AuBuchon said it best: “Our hearts are saddened by Stew’s passing, but we smile at a life well lived, a life of compassionate spirit and profound generosity. He was a very special person.”

Meet the Bloodworks Board 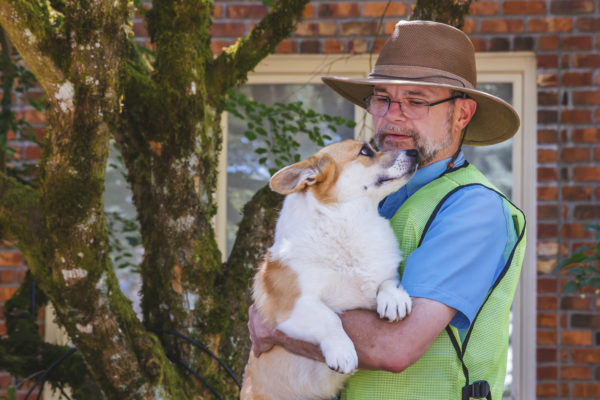 National Blood Donor Month & Leo Notenboom: “I’m So Fortunate to be Able to Donate, So I Do.”