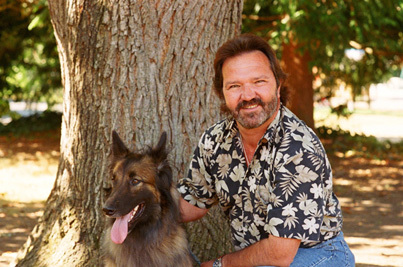 Seattle resident Randy Small was just 29 years old when he had his first heart attack. He was out golfing with his father when he started to feel “weird.” Even though he knew the answer, having grown up witnessing his mother’s struggles with heart disease before she died from it at age 53, he casually asked his father what the symptoms of a heart attack were. Understandably alarmed, his father offered to take him to the Emergency Room, but Randy declined since he didn’t have health insurance at the time.

“I’m 29 years old and I can bench press a refrigerator at this point in my life,” he said. “Why do I need medical insurance?” He was about to find out.

Randy was no stranger to heart trouble, after his mother had her first heart attack at age 45 when Randy was in high school. Afterward, she was diagnosed with hypercholesterolemia, a hereditary condition where the body produces runaway amounts of cholesterol, raising blood pressure and stress on the heart. “So I should have been on lipid management from 15,” Randy said. That day on the golf course and afterward, when he and his wife went to a dinner party, was the day he learned why.

Mildly concerned about his strange symptoms, Randy knew enough to ask his friends for a single aspirin. From his mom’s health issues, he knew that crushing it up would thin his blood; if it relieved his symptoms, it was heart-related and he would need to get care immediately.

After an hour passed, his symptoms lessened. “The emotional part of my brain,” Randy said, “thought ‘oh, great, I’m fine. I feel better now.’ And I didn’t go seek treatment until I started feeling weaker and more tired and struggling, and I could feel the pressure on my chest.” Finally, he told his wife they needed to get to the hospital.

“And sure enough, I was told I was having a heart attack. ‘Having,’ present tense. It was currently going on. And they did everything they could to save as much of my heart’s function as they could. They weren’t sure I was going to make it through the night, but I did. My heart absolutely betrayed me.”

Just like his mother before him, Randy was diagnosed with hypercholesterolemia. But for Randy, it was more than that. “One of the other things that was very difficult as a 29-year-old at the time was the emotional impact.”

Despite the diagnosis, Randy he was determined to live his live anyway. “I’m not going to be a victim to this,” he said, and even though his heart’s ejection fraction – a figure that represents the heart’s function and should always be 55% – 65% – was just 15%, he did just that, working, hiking and doing his other activities just like normal.

But in the back of my mind was always this eight-year timetable,” Randy said, “because that was my mom’s first cardiac experience to her death. And my resting heart rate was 105 and my heart got tired. There is a failure point of the heart where you just can’t get any lower and survive, and I was tiptoeing on that line. That began the long, slow slide to transplant.”

A second chance his mother never got.

Randy got a bad case of the flu in the winter of 2003-4, made worse by already-poorly-functioning heart. The virus took such a toll that when he recovered, his Overlake Hospital cardiologist said “I’ve done everything I can; we need to get you worked up for transplant.”

But when Randy went in for those workup tests, the physicians wanted to admit him to the hospital that day. “Well, I got a dog at home, I got to get some stuff,” he told them. “And they said, ‘”Well, we’re not sure you’re going to live long enough to make it back.”’ His then-girlfriend had a medical background, so his team allowed him to leave for four hours to collect some things and come back. Doctors inserted a Swan catheter that allowed them to measure his heart’s function and infuse medications directly into his heart, and then an intra-aortic pump to do the work of his failed left ventricle.

“I was just wasting away,” he said, “and we started talking about absolutely that I need a transplant and there are no options. They don’t have them on the shelf. It sounds awful but I was just waiting for someone to die. It was a weird spot to be in because, by their death, your life will be saved. But I don’t want anybody to die for me.”

To be able to eventually go home, Randy’s care team placed him on an intrusive but lifesaving Left Ventricular Assistive Device (LVAD) so he could go home while awaiting a heart, but it required 24-hour care with someone trained on the device who could respond if it for some reason failed. “Because,” Randy said, “if it stops, I stop.” His girlfriend, her family, and their friends all took turns being with Randy during this critical time, accompanying Randy and his loud machine at home and trips to the bookstore. Waiting.

The next morning, Randy was extubated and asked to dangle his legs off the side of his hospital bed. He could feel his new heart beating in his chest and sending blood into his toes.

“At that moment, I knew I would make it. We kind of introduced ourselves to each other, the heart and I, and I became a custodian of Kate’s heart.”

It took Randy three years to find the words to write to his donor’s family, and when he reached out and eventually met them, “I became a part of their family, and they mine,” he said.

Kate, Randy admits, is not his only hero. “I think all donors are heroes,” he said. “Not just organ donors, but blood donors as well. The blood donors are willing to give up part of themselves to help other people live and recover. And that’s amazing, and it’s something to wrap your head around.”

Randy ended our conversation with a common theme for many transplant patients: the feeling that they need to do something huge and impactful with their second chance at life. He spoke of a conversation he had with his good friend Debbie, who also went with him to Alaska to meet Kate’s family:

“Debbie said, ‘you know about collateral damage, when the military targets something and it hits that thing, but it also gets some people around it, that’s collateral damage? Well, let’s do a thought experiment and let’s think about collateral benefit. That maybe this big thing isn’t on you. Maybe the big thing is on the kid who got [Kate’s] liver that will grow up and get married and have kids, and one of his kids will do something amazing. And the only way that could have happened was him getting Kate’s liver. And maybe you just get a collateral benefit of that purpose. And maybe your job is just to keep being you. Just keep being a decent person, keep helping people when you can, look for opportunities to serve.’”

Like all heart patients, Randy would not have had a chance at or even a path to transplant without blood donors’ support every step of the way. Randy is healthy today, but many more people just like him continue to need our help. Make an appoointment to donate today; you never know who’s going to be counting on you next.

“The best doctor in the world can’t perform a cardiac transplant without an ample, safe and available blood supply. In my case I received at least 6 pints during the transplant operation.”