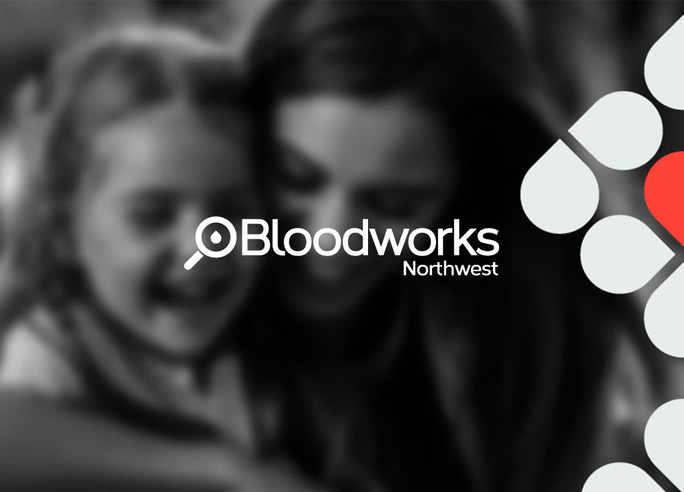 If you donate blood on Thursday evenings in Bellevue, Chuck Colby’s is a familiar face.

Chuck has been volunteering at our Bellevue Center for “probably 6 or 7 years,” though has been donating platelets for much longer — about 20 years.

Chuck made the transition from donor to volunteer based on his interactions with a particular donor monitor, the person who provides cookies and juice after your donation and helps you schedule your next visit.

“I was donating [platelets] for a long time, and there was this one spectacular donor monitor. I saw him just having a good time and I said to myself, ‘shoot, that looks like something I could do.”

Being busy is no excuse: Chuck works 11 hour days (waking up at quarter to 4) but still makes the time to donate and volunteer. “Within 5 minutes, just being around the donors gets me going in a positive way. It’s just a great place because everyone you meet is a nice person — otherwise they wouldn’t be there.”

Chuck started donating whole blood because he “read in a newspaper about a kid who ate poison mushrooms and needed blood transfusions; it was a plea to get the blood they needed. Then, platelets to help kids with leukemia switched me.”

Platelets have been his main focus ever since then. “I make a point in the canteen to recruit people to do platelets too. I’ve given platelets so often that I’m not just talking the talk — I’m walking the walk.”

Talk about walking the walk: on November 2, 2013, Chuck made his 700th lifetime donation.

It’s funny — when I meet somebody [in the canteen], I don’t say, ‘I’m the 700 guy.’ I’ll be talking about the Tree of Life, and people will say, ‘there’s someone who’s at 700 donations!’ A phlebotomist will overhear this and say, ‘you’re talking to him!’

His three grown children also donate on a regular basis. A few Father’s Days ago, his two sons gave platelets with him, and his “bucket list” dream is to have a Father’s Day where all three of his children donate together — his daughter is now 18 and eligible.

What advice does he have for new platelet donors?

I always tell them, ‘you have to allow yourself more time. It’s a smaller needle — hurts for a moment at first like whole blood donation. There are 200 movies on DVD to watch, and the phlebotomist gives you a blanket or Tums if you feel some tingling.

Platelets are used for little kids who have leukemia — chemo kills platelets too. I always tell them, ‘if it’s going to help a little kid or a dog, you got me in.’ It’s why I started. You can also give 24 times a year, not just 6.

Also, I feel just like I did when I came in. I’m not going to run a marathon, but I feel like I could.

Chuck says about his role as a volunteer, “I’m just the middleman — the person receiving your donation can’t be there to thank you.”

It’s a happy place — like Disneyland. We have fun. It’s serious, but there’s a real camaraderie between donors and staff.

Learn more about volunteering for PSBC or donating platelets.