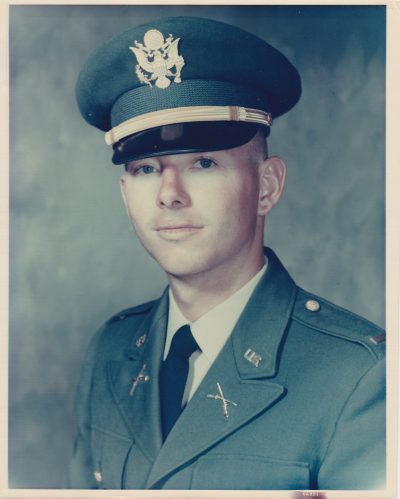 In some ways, John Ferdon saw himself as a professional dad. A former United States Army troop commander, he was responsible for young soldiers’ safety and well-being in Korea, day and night.

“It’s kind of like you’re a parent—you’re so involved in every facet of life,” he said. “Except, obviously, these aren’t kids—they’re soldiers. I had to make sure they had the skills necessary to do the things they were asked to do.”

John’s experience mentoring up-and-coming leaders shines in his role as a volunteer donor monitor at Bloodworks Northwest in Bellingham. As a volunteer, John supports donors at high school and college blood drives throughout Whatcom County. Part of the appeal, he said, is the interesting conversations that crop up—and the opportunity to inspire the next generation of blood donors.

“What really has impressed me at the high schools is the number of first-time donors,” he said. “They’re sixteen years old and they’re coming in to start donating blood.”

Like those young donors, John entered army service with little idea of the lifelong impact he could have. He joined the army in 1967 with the intention to serve for two years and get back to graduate school. But there was one problem: he really liked it.

Two years of active duty turned into 20. John went on to spend another 21 years in a civilian role as an army management analyst. For 15 of those total 41 years, he was stationed overseas in Korea, Vietnam and Germany.

According to John, military service helped him understand the power of a blood donation and instilled a sense of duty to give blood when possible.

“That was just something that was part of the army culture if you will—the importance of donating,” he said. “During the army and of course now with my volunteer work, I’m constantly meeting donors who voluntarily tell me how important this is either because they have needed blood or someone in their family or friends have needed it,” he said.

After more than four decades of military service, a little rest and relaxation was in order. But John and his wife, Margo, didn’t want to retire just anywhere. The appeal of Bellingham, Washington?

“Believe it or not, it was the weather,” John said.

Today, John is a member of the local Veterans of Foreign Wars post and a regular volunteer with Bloodworks. As in his army days, he prizes the opportunity both organizations offer to connect with the community.

“Anywhere I’m stationed in the army, there’s always been a connection either within the army family or outside with the local communities,” he said. “I do feel that as veterans, we have an obligation to support our community and we do that just as much as we can.”

Bloodworks is profoundly grateful to John and all of America’s veterans for the service they have given and continue to give–as blood donors, volunteers, colleagues, and partners. Thank you for making our world a better place.