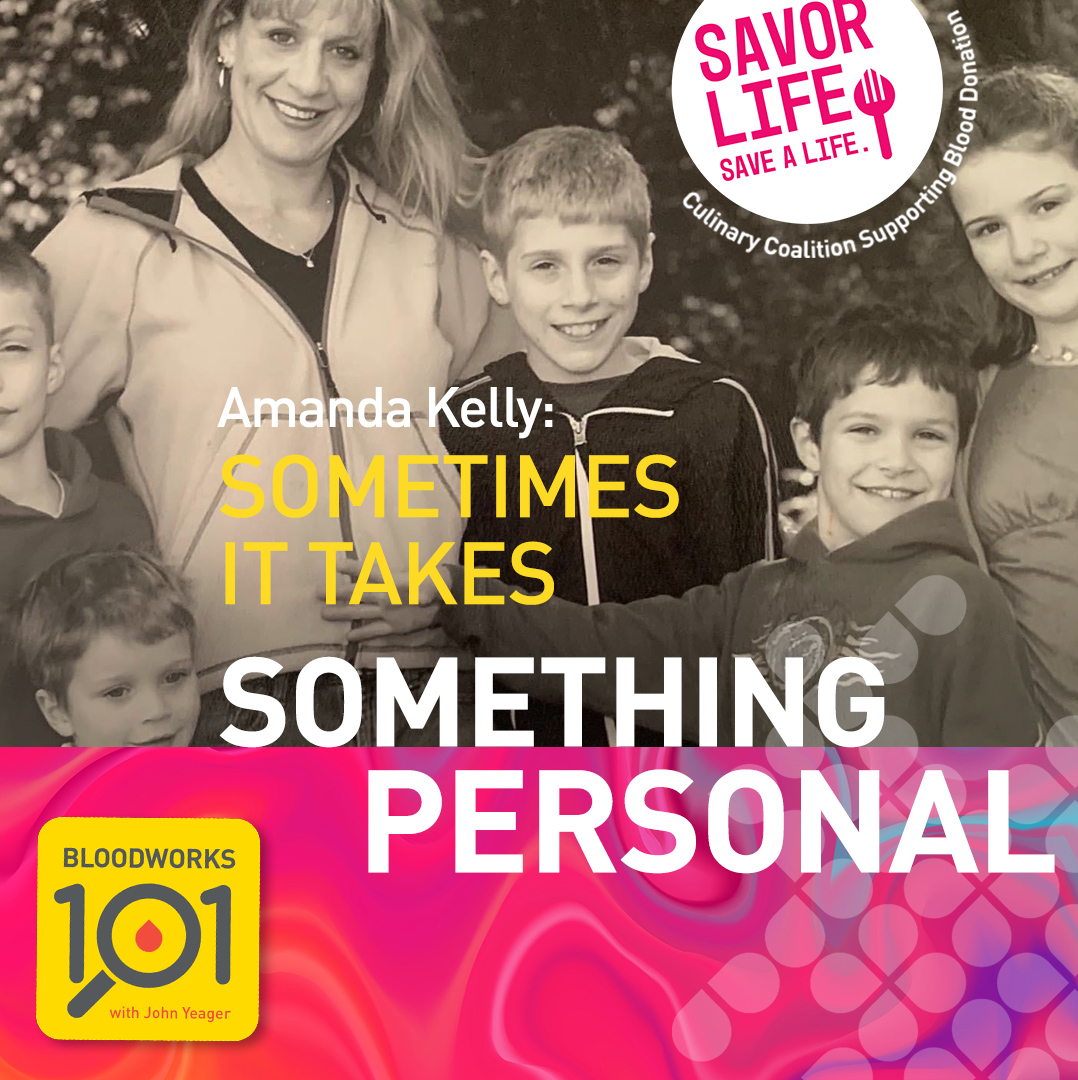 It’s 2009 and Vashon Island’s Amanda Kelly is in the fight for her life with a flesh-eating bacterium. To this day, no one knows how she got it. Amanda spent weeks in the hospital. She was given last rites. All seemed lost. But thanks in part to transfused blood from Bloodworks Northwest donors, today Amanda Kelly is a mother of five with a brand new outlook on life.  As Bloodworks 101 producer John Yeager tells us,  that’s because sometimes it takes something personal to hammer home a deep appreciation for the importance of blood donation. Listen to the episode here and don’t forget to MAKE AN APPOINTMENT TO DONATE! Episode transcript below:

Interviewer: Recording in progress. All right. Here we go. Amanda, tell me who you are and what you do.

Amanda: My name’s Amanda Kelly. I am many hats, a communications consultant, and a mother of five grown children, and a poet, and a yogi, and an activist living on Baton Island, here in the beautiful Pacific Northwest. Yeah.

Interviewer: Wow. A Renaissance woman. Geez, you do it all.

Interviewer: What do you like about your job, and specifically about the consulting, and your role with Lakehouse Bellevue?

Amanda: So when I say communications consultant, it’s a broad handle. I’m working with Lakehouse with PR and social media. And I’ve done that for many, many years. Social media is kind of one of our strongest strengths, but it’s just one tool in the toolkit, right? Trying to help people share with the world who they really are, and what they really wanna create, and what service they’re doing because of it. And that’s the part that interests me. I think getting to that nugget, you know, how is it that a restaurant in Bellevue is serving the greater good? Because I’m only interested in working with people that are, at some level, walking their talk, serving the greater good, right? We all know we’re in this bit of a pickle as a planet. We need to help each other, we need to lean on each other’s strengths, we need to do the right things. We need to get our goods from vendors that treat their workers well, you know? All the things that are important to me, as you know, I probably have another 10 good working years left. So I think sharing the word about organizations, individuals, businesses that are truly purposeful and fun to work with, transparent in who they are, we’re all still learning, right? Yeah.

Interviewer: Five kids. Tell me about them.

Amanda: Five kids, tell you about them. Okay. First three, 1995, triplets, two boys and a girl born four weeks early, amazing. And then yes, after that, four years later, went on and had another son, and then two years after that, another son. So five total. So at one point, yes, I did have five children under the age of six, but by a narrow window. And they’re all awesome now. I just went to visit my youngest. He’s gonna be 21 this year. He’s in Bozeman, Montana. The triplets, one’s in med school, one’s in law school, and one is a wildfire firefighter, which we desperately need. My daughter is doing that now. And my son, Rowan, who is 22 works downtown as a building engineer. He’s a wilderness instructor, and yeah, they’re all doing great. And I’m grateful every day that it turned out that way for our family.

Interviewer: We launched the “Savor a Life. Save a Life,” campaign, March 3rd at Lakehouse, Bellevue. And everybody sat around the table, and they all told their stories about why. And your story had to do with skis on top of a car in the parking garage. Can you tell us about that?

Amanda: It did. Yeah. Well, so I was thinking, you know, that day, the launch meant so much to me as a blood recipient. In 2009, I got really sick with a pretty dangerous illness called necrotizing descending mediastinitis is basically a flesh-eating bacteria that attacked my chest wall. We don’t know how I got it. I was in ICU for about eight weeks. Given last rights, the children came in, and I was transfused twice during that time period. I had no recollection I was intubated and needed the blood that somebody had generously given. And I was thinking that day about Save a Life blood launch, as I was sitting at that table with those beautiful faces, knowing how critical the need for blood is. My gratitude for being on my way to see my youngest in Montana, where he’s in university now, studying regenerative agriculture, just to have had these years with him, felt like an overwhelming wash of blessing, right?

It’s perilous times, the news is not good, but just that moment of true gratitude for being alive, which I would not have been, not with the best helpers in the world with Western medicine, if somebody hadn’t been generous enough to share their blood, and that it was accessible to me when I needed it. So, yeah, I was running a launch and sitting at the table, and also had the dog in the car and the skis strapped to the roof, because Bozeman, here we come. So, yeah, it was just a moment of true reflection and gratitude, I think for me, that was a little bit public-facing. I don’t think too much now about being sick. 2009 feels like a long time ago, but…

Amanda: 2019 was several lifetimes ago. Yeah. But, yeah, so just taking a moment to be aware of the blessing that it is to be alive and healthy. Yeah.

Interviewer: So for you, blood donation is a very personal issue, isn’t it?

Amanda: It is absolutely a very personal issue. And it is for my kids too, they all donate as much as they’re able to. And I encourage my elderly mother who’s in her 80s, but going strong, you know, she donates. Our whole family, I think, was so impacted by this sub…You know, I was 40 when I was sick, and I surprised everybody, and it can happen to anyone. That, too, is the thing. You know, I was running marathons, and two weeks later in the hospital intubated. So you just don’t know, and I encourage anybody, you know, who has people they love in the world to give blood if they’re able to. It makes a real difference.

Amanda: Yeah, absolutely. Yep. And, you know, I wanna try and pay that forward. It’s interesting I can’t give blood myself because I’ve been transfused, and that’s one of the qualifications I don’t meet, but I think helping share the word about it, and you know, encouraging other people to…I get that it’s inconvenient. You know, I live on an island, I know what it is to go in the city or make an appointment and that people are at capacity right now, but honestly, I truly feel like we’re all gonna get through this difficult time, this challenging time in our personal and societal universes by being of service. It really does make a difference. And if you have the time and the ability, just do it. It’s 100% worth it. I mean, not just me, but everybody. You know, it’s standing up for something. It’s standing up for something that matters.

Interviewer: Amanda, thank you so much. Thank you.

Amanda: You are so welcome. And thank you for asking me. It’s nice to see you again, and yeah, I’m happy to be working on this stuff. I’ve heard that things are going well for y’all since the launch. 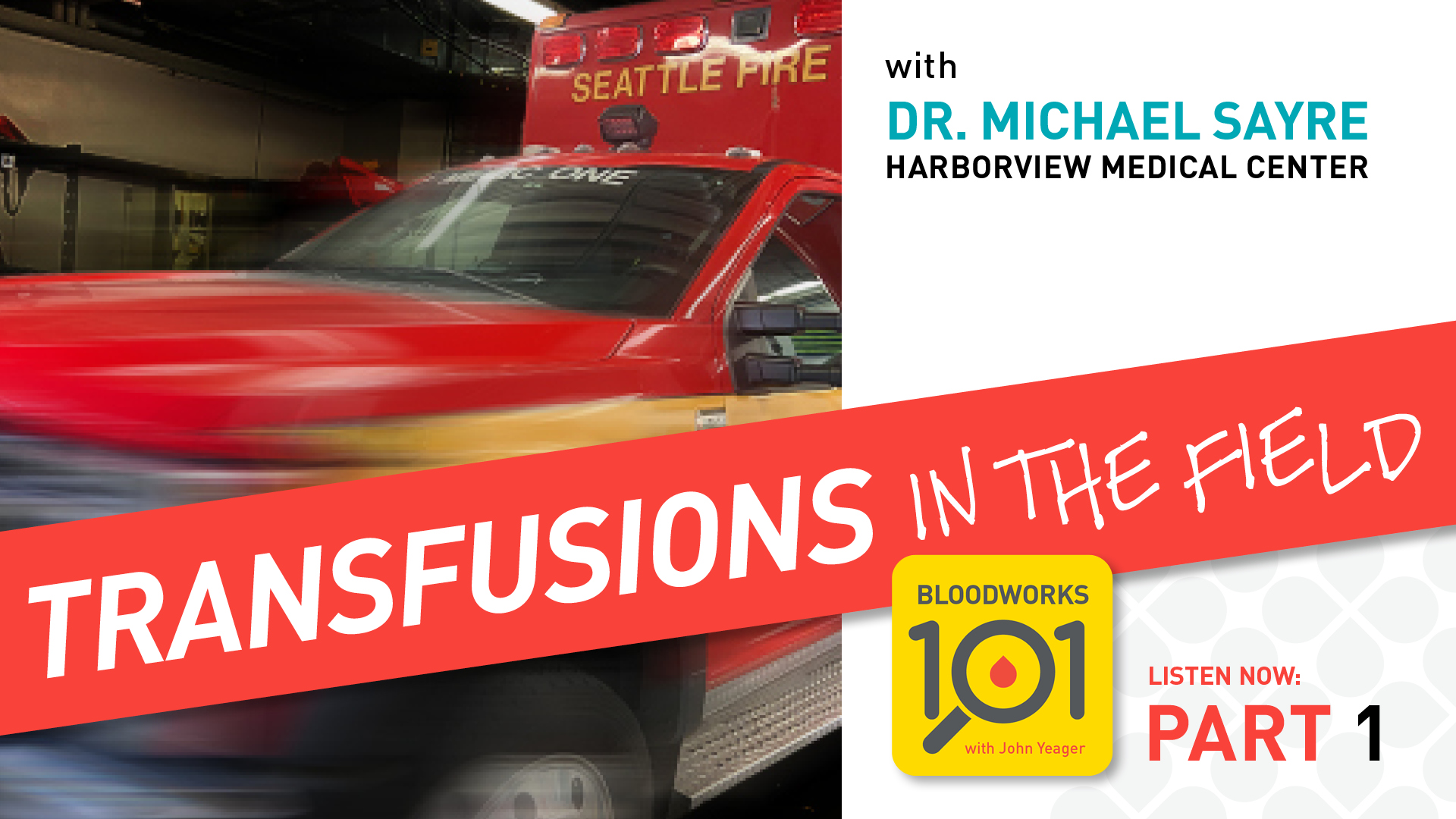 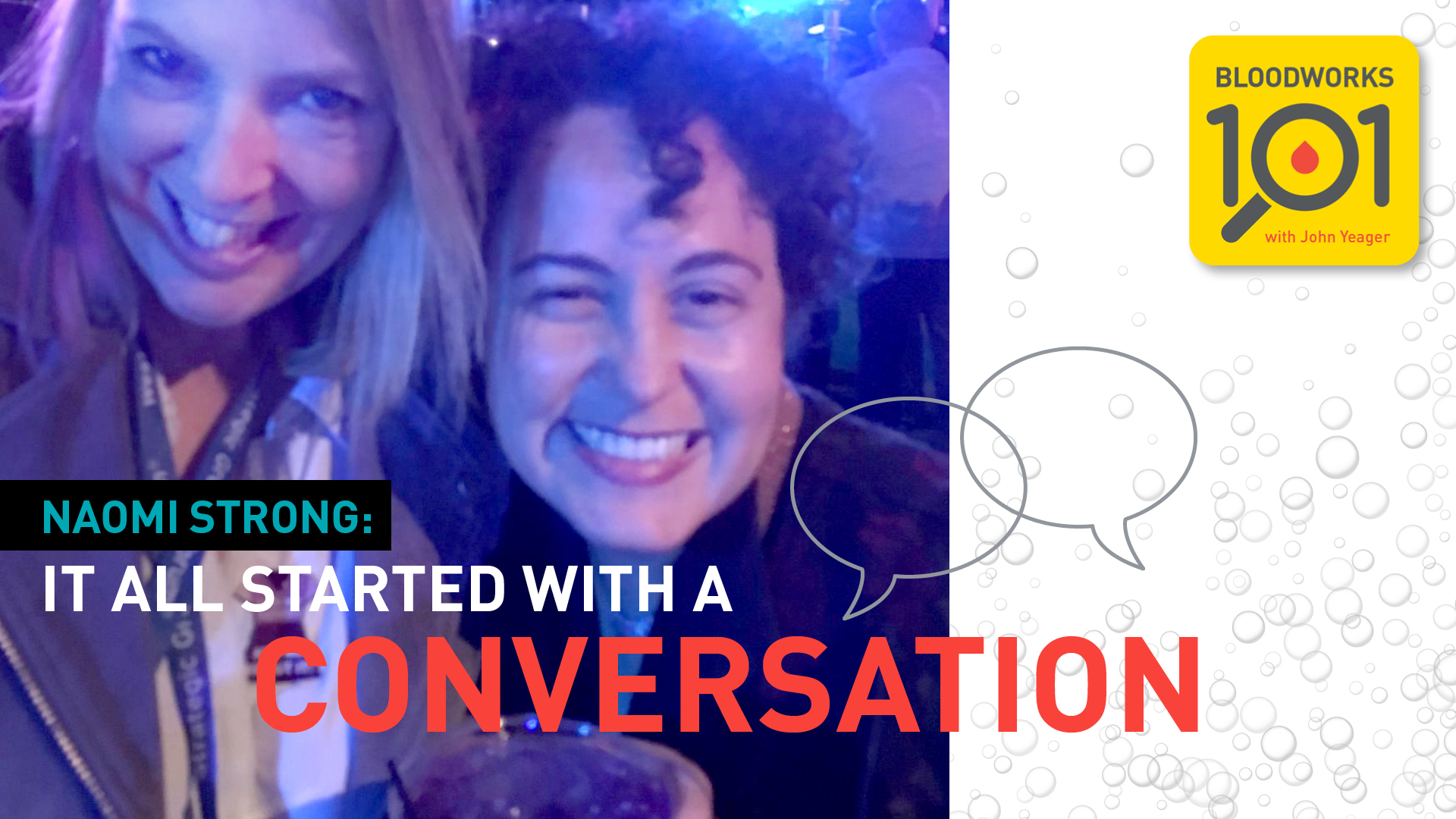 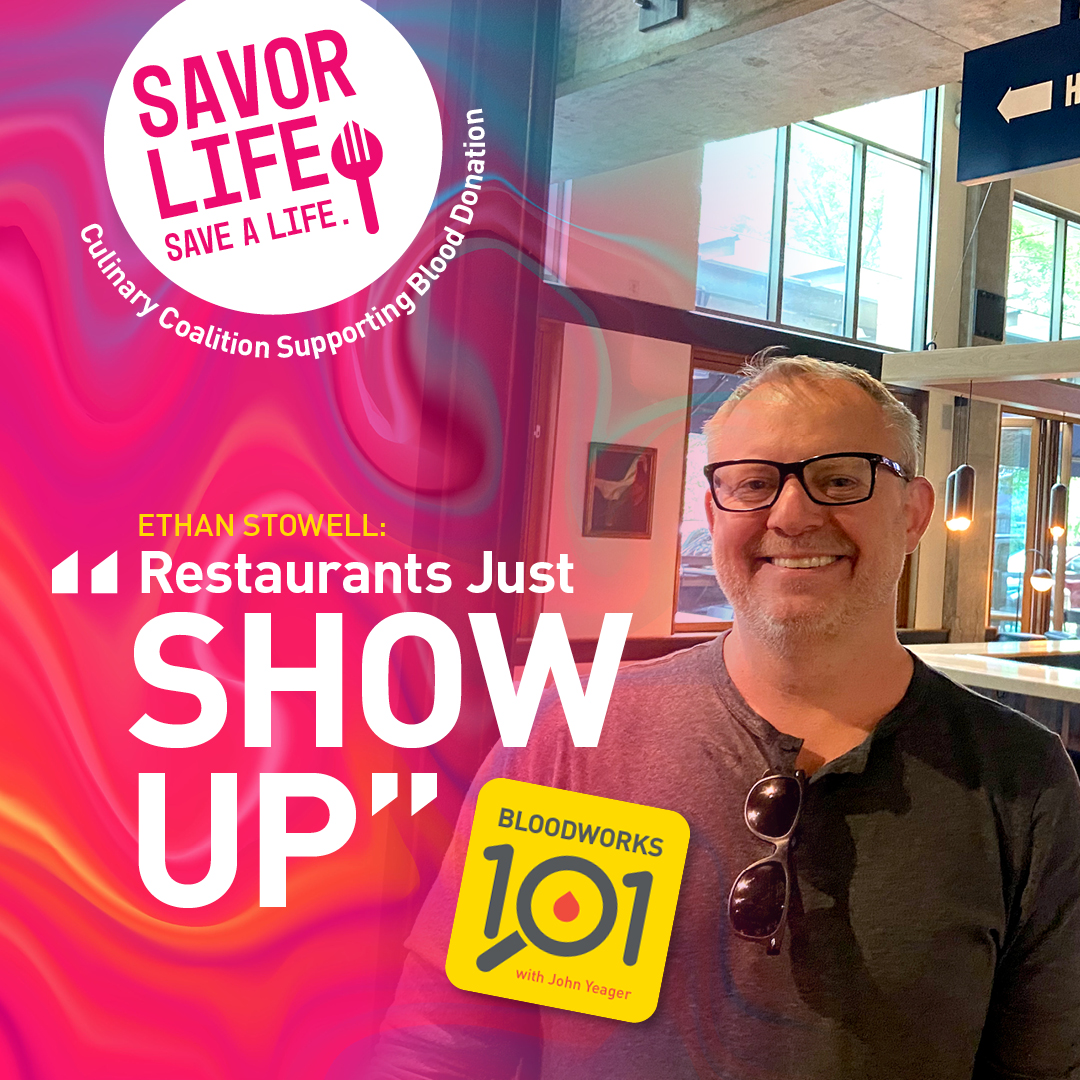